So last Friday (the 27th) we flew to Rurrenabaque, Bolivia to explore and relax (or so we thought) before our pampas tour on Sunday. 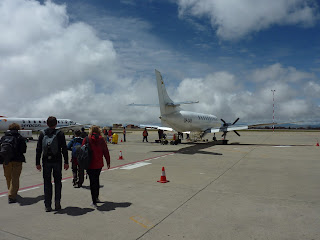 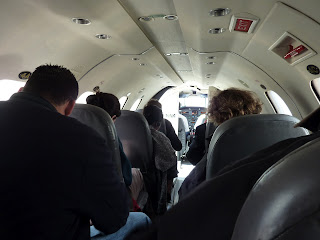 The first thing you notice coming off the plane from La Paz is that it's 90F and 90% humidity, instead of 55F. Also, you're definitely in the jungle. 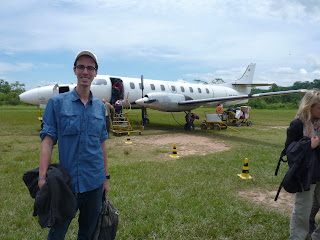 Having gotten our bags, we jumped on the bus to town (we opted out of taking motorcycle taxis). Rurre is a small town probably one square mile in size and only 8,000 inhabitants. We got to our hostel without any problems, but they didn't have our reservation. "Sorry, we have trouble with hostelbooker.com reservations," they said. Normally we wouldn't have minded taking the shared bathroom instead of a private one, but these were gross (descending into the bathroom pit, you were flanked by stalls of toilets and showers).


We checked out, and wandered around looking at different hotels, finally finding a great hotel, Hostal Pahuichi, with a private bathroom. It was a splurge, $14, but Bev's worth it. 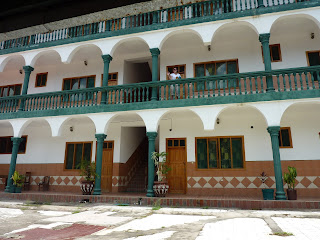 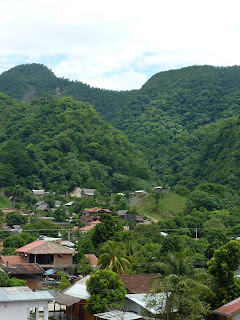 view from our hotel


After unloading our stuff we decided to walk around town, we checked out the river that flows nearby, the main plaza, and several streets worth of restaurants. About an hour later we had seen the entire town. That night we went to Casa del Campo for dinner and later went to bed (or so we thought).


As we were getting ready for bed, we heard explosions. After a few times we realized it was just fireworks. "Oh, there must be some sort of celebration," we thought and assumed the fireworks would end shortly.


The fireworks continued. About twenty minutes into the fireworks, music started playing from outside our hotel. It wasn't, "oh, how nice, local music we can ignore," it was "bass pumping, cranked up to 10 volume, party music." 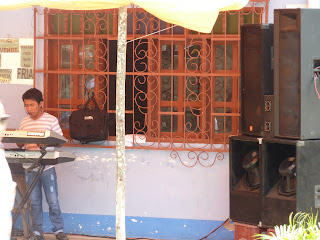 
That was until the dogs started barking shortly after. The dogs barked until 6am and then everyone shut up.


That morning we found out that every Friday the local people celebrate the end of the work week, by setting off fireworks and having a party late into the morning. We walked around town some more, got lunch of delicious empanadas in this woman's backyard, 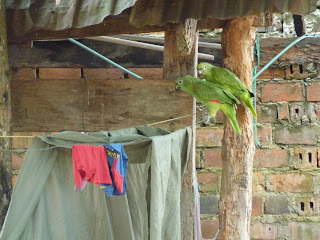 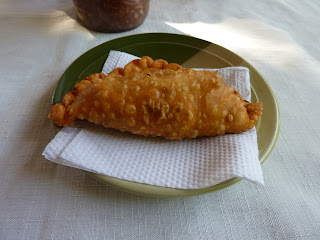 escaped getting sprayed like a mosquito and then went back to the room to relax. 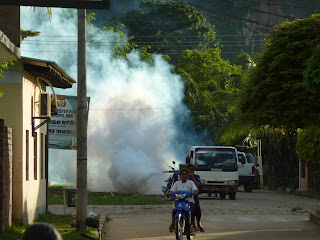 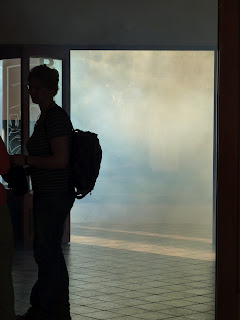 "How much money do we have?" asked Bev. It wasn't an unusual question, since we periodically look at our finances. "I'm wondering because I just saw that Rurre doesn't have ATMs"


I counted our money and we had - 483 BOB ($70). That was before the 300 BOB we were going to pay for our hotel stay now and on Tuesday night after our tour. That left 183 BOB ($27) for dinner that night, breakfast the next day, dinner Tuesday and breakfast Wednesday.


"Crap!" I thought and started to get quite worried. The thought hadn't occurred to me that a city might not have a way to withdraw money.


"Lets not panic," I said, "we'll walk around the town and see if the guidebook wasn't outdated. So we walked around, and found a Podem (a sort of credit union). Walking around the corner I saw an ATM!


"Wooohooo, problem solved," I thought, except that my card didn't work in the atm because it didn't have the special chip. "Ok, no problem, we'll just go to the information center."


"Yep, sorry, we don't have any atms or banks here," said the gentleman at the tourist info place, "but we'll have an atm in a month!" He then added, "there's one in Trinidad." Trinidad is up to a 14hr bus ride in the wet season!


At this point we were fairly stressed out (because no one takes credit cards either). With the money we had left we had had about 45 BOB ($7) per meal for two people. We'd be fine once the tour started on Sunday because they included meals. That night we had a cheap dinner, egg sandwiches for 30 BOB.


The next day we had a cheap breakfast, the usual Bolivian fare of bread, jam, juice and coffee for 24 BOB.


Then we left for the pampas tour, which will be another post.
Posted by test at 1:55 PM