"Old MacDonald had a farm,

What we all know quite well is that Old MacDonald had a farm, and on that farm he had some chickens, some dogs, some turkeys, and some cows. What Old Man MacDonald didn't have, was any sheep. First, because sheep make for a terrible animals to raise on a farm - they smell, they're stupid and they always squeeze through the smallest holes in the fence, even though you've just secured the damn fence with bamboo and there isn't any possible way for anything to squeeze through, let alone a sheep. How do they always get out?? Second, Old MacDonald didn't have any sheep, because his song was sponsored by the Chicken, Dog, Turkey and Cow Lobby (CDTCL).

But on our farm, we had some sheep, 27 in fact. Until we only had 26. This is the harrowing tale of 00027. And with your help, we can hunt down the killer.
It was a sunny, Argentinian afternoon, and the sheep were all in their pen. There were 27. Mostly they were all the same, except for "the macho", which is a disgusting brown sheep, which I presumed was male, and which I presumed was kept around for his keen fashion sense, and that he was the former grand chess champion of San Andres de Giles, where we were staying. Cowboys, they have a thing for their chess champions. There was also "gross neck bite with flies buzzing around its head" sheep. I never quite figured out why they called it that. And then there was "oh yeah, that's a macho too but sin cohones". That was what Sergio, the owner of the farm told me after I had been drive-by-sheeped by said OYTAMTBSC (sorry for the profanities). The problem with drive-by-sheeping while you're pushing a heavy wheelbarrow full of dirt is that it's both painful and startling, causing you to jump in pain as you're rammed by a 100lb animal. Don't worry, next time I had a shovel. A-hole. Besides those three characters, the other 24 sheep were all variations of the typical inbred, gross-looking variety.

But then, when I came back later, one sheep was dead, hanging in the chicken coop with it's skin detached. Who did it??

Lets review the suspects from smallest to largest: 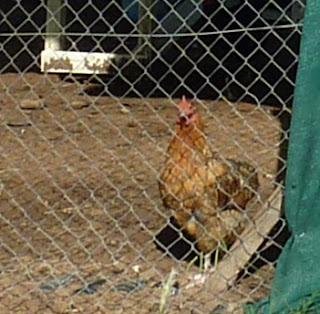 the chicken - one of two in the coop, not sure what they were for, the family didn't seem to keep them for food or eggs 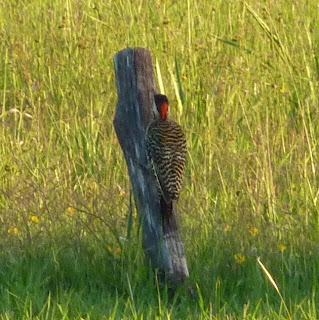 the woodpecker, probably the most beautiful bird we saw while we were on the farm 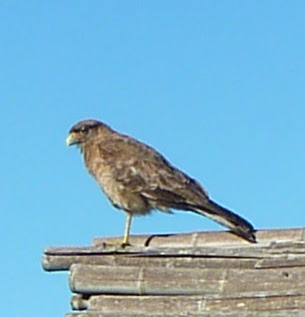 the hawk - always watching us, and looking badass 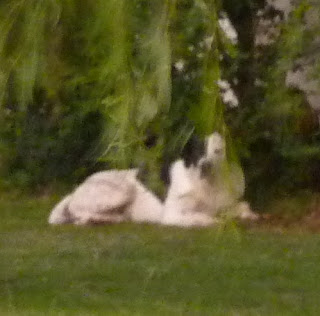 "Tail" (or "Tao" - or something else, no one knew) - terrible sheep dog, wouldn't even come when you were herding the sheep 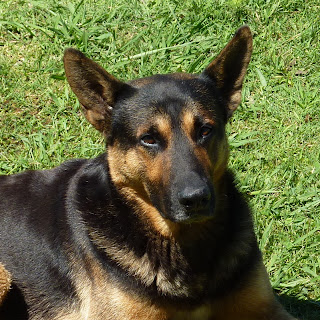 "Black" - one of the useless sheepdogs, at least he would come with you when you were herding sheep... but then he would randomly run around and occasionally bark. "Thanks Black." 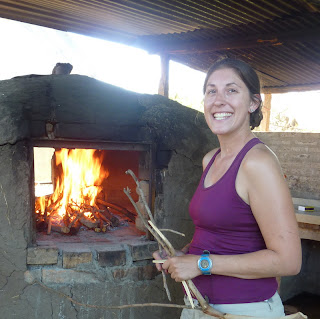 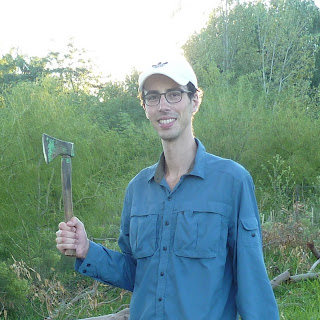 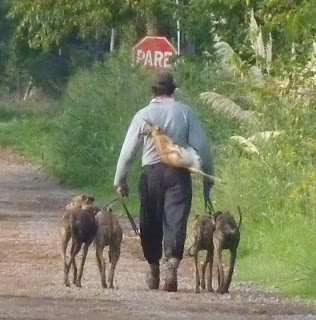 el gaucho (aka cowboy) - this guy just walked by us one day, with four greyhounds in hand and a dead rabbit strapped to his back


Actually, it was a trick question. The sheep was killed by the butcher, that arrived on a bicycle. And we're glad he did, because the sheep was tasty. Nom, nom. 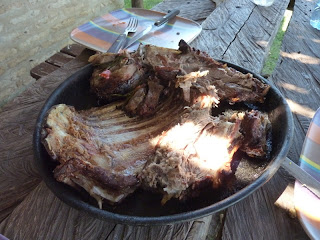