One of the days we were in Bogota, we took a day trip to Sopó to go paragliding. Only an hour outside of the city by bus, Bobo and Bev were able to soar above the beautiful terrain. 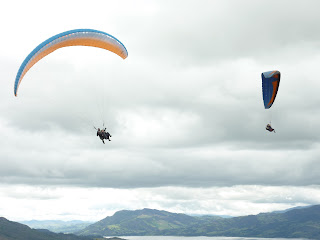 Once we found the right bus out of the northern terminal, it was a relatively simple hour long ride to Sopó. Once there we flagged a cab and he took us to the paragliding place. It was a long climb uphill, and down dirt roads but eventually we arrived at what looked like a restaurant, which the driver told us was the paragliding place.

We walked around the building but it was closed. The only people we saw was a couple sitting on the grass slope. We assumed they were hanging out, but since there was literally no one else there we decided to ask them. Turned out the girl was the paragliding coordinator, and the guy was the boyfriend of one of the people currently flying around with an instructor.

Boris was up first, check out his take-off video:

The countryside was absolutely breathtaking. 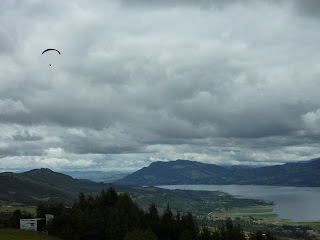 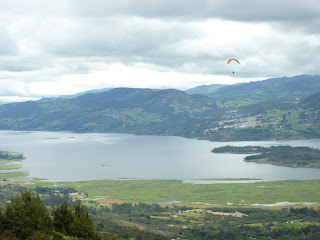 Once Boris was up in the air, a few more instructors arrived and it was Bev's turn to go. Here she is looking ready: 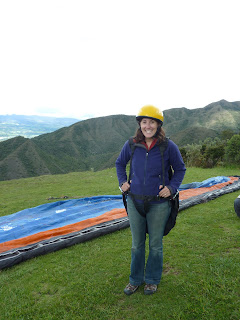 You can watch her more harrowing looking take-off video below: 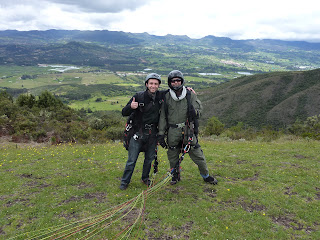 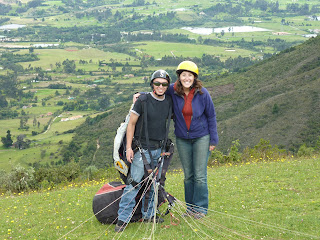 Way More Pictures of Paragliding:
Posted by Unknown at 11:03 AM